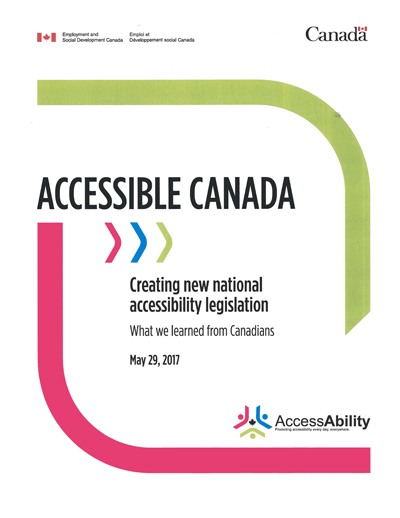 The Federal Government has released a report entitled “Creating new national accessibility legislation: What we learned from Canadians”, which sets out a range of priority areas identified during the national consultations as part of the development of a Canadian Accessibility Act.

The employment for persons with disabilities was ranked as a number one priority. With approximately 1.2 million Canadians with disabilities living below the poverty line in Canada, and the extremely low hiring rate, which has remained unchanged over the last decade, economic participation is critical.

A link to the report is provided below:
https://www.canada.ca/en/employment-social-development/programs/planned-accessibility-legislation/reports/consultations-what-we-learned.html